History of the decathlon

If you are looking for a person who is embodying the qualities of a medieval knight ​​today, you might say that these times are long gone. What if we told you that we know such knights in the modern times? We do not really have to go far back into history. There are certain sportsmen among us who differ from other athletes in a number of sporting ways. These modern knights are called, decathletes.

They are the most versatile, toughest and most elaborate of all athletes. All self-respecting decathletes can be called as one big family, because only these boys know what the decathlon is all about. These guys are the first at the stadium and also the last ones who leave the stadium. While other athletes are already warm and cozy sipping coffee at home, decathletes are piloting all their other disciplines, because only one discipline is not enough for them.

Let's take a look at the history of when this cult of versatility actually appeared. Let’s investigate together the sport that has uncovered human potential through some of the bravest men that the history of sport has seen.

The first versatile athletes appear in the ancient Greece as pentathletes. The Greek Olympic Games date back thousands of years BC. Combined events as such, in our case, the pentathlon, appear as an ancient discipline for the first time in 708 BC. Pentathlon entailed long jump, discus throw, javelin throw, a sprint race and wrestling. This discipline was established to show the truly best and most all-around warrior. Pentathlon did not appear only once every four years in the Olympic Games, but from the 6th century BC it was also part of the religious games held in Corinth, Delphi or Nemea.

Pentathlon enjoyed the ancient Greeks’ great admiration and popularity. It could be said that the pentathletes had a priority ranking as athletes because the states often provided food rewards, which at that time was more than the wealth of today's athletes. One of the first winners of the Olympic Pentathlon was Lampis, a young Spartan athlete.

The ancient Greek Olympic tradition was halted in the 3rd century AD by the Roman emperor Theodosius II, who, based on his Roman Catholic beliefs, made sure to close all the pagan celebrations of the time.

From there on the Olympic Games had become a past for several centuries. However, it cannot be said that the competitive spirit would cease completely. For example, in the Viking traditions, playful multi-sport contests appeared. The Vikings competed in running, game, as well as in throwing a heavy lance.

In Scotland, similar competitions appeared in the 9th century. The so called Scottish games devoted themselves more to throwing disciplines such as throwing heavy stone, knotting or something similar to the hammer throw. In 844, Scottish King Keneth McAlpin organized these competitions to keep the army positively tuned for the upcoming battles.

Later, during the Middle Ages, when knights tried to join knighthood, they needed to obtain versatile skills in order to show them in the knight tournaments. These tournaments were possibly the best tests to show the knights‘ all-around skills. These knightly and also national sports grew almost all over the world at the time of colonial discovery, and the tradition has continued until today.

In 1896, the Olympic Games were restored and where else would the tradition be restored than in Athens. Decathlon as we know it today, for the first time appeared in Sweden a year before the Stockholm 1912 Olympics. Since then, the decathlon as one discipline has not changed its form. The Stockholm Olympics in the history of sport is remembered possibly because of the participation of the most all-around athlete of the early 20th century. It was the Native American, Jim Thorpe, who was then called a sports avenger. The Swedish king, Gustav IV announced him to be “The greatest athlete in the world” as Thorpe managed to win two gold medals: gold in the decathlon and the pentathlon, as well as the world record. Thorpe also played American football and baseball at the national level. Nobody dared to call him “Jack of all trades and master of none” because he truly was a master at many sports.

The Olympics in Berlin in 1916 were canceled due to war, but Berlin finally organized the Olympic Games in 1936, where the winner of the decathlon was highly expected to be the world record holder, German decathlete, Hans-Heinrich Sievert. Hitler built his reputation on the versatility of the decathletes, as the decathlon to Hitler exemplified ideal demonstration of skill, power, technique, and speed. The German decathlete had to demonstrate the powerful German attributes to leave an impact in the world’s eyes.

Perhaps these Olympics will be mainly remembered by Jesse Owens’ overarching victories in the 100m race, 200m race, long jump and the 4x100m relay. As an African American athlete, he shocked the racially segregated world of the time, and perhaps started a new chapter in the history of sport for the people of color. A bit less noticed figure was the former Colorado State University student, Glenn Morris, who won the decathlon competition at the Berlin Olympics.

After the war, a new decathlon star had appeared. He was a 17-year-old boy from California, Bob Mathias. Bob began preparing for the London Olympics in the spring of 1948 and later in the fall, he already became the youngest Olympic champion in the history of Olympics. He broke the world record by scoring 8042 points, according to old scoring system, and four years later he defended his first Olympic victory and wrote another world record in the history books by scoring 7887 points, according to new scoring system. His career did not last a long time. Shortly after the Helsinki 1952 Olympics he became a congressman of the United States.

The 1970s and 1980s were marked by the cold war and boycotts, which greatly influenced the quality of the major competitions. Although, these world events certainly did not have a negative influence on the quality of the individual decathlon competition performances, some of these years, the decathletes did not have a chance to compete in the biggest world track and field competitions. A month before the Montreal Olympics in 1976, the American, Bruce Jenner had improved the world record, and looked forward to win the Olympic title in Canada. After the first day at the Olympics he was in the third position, but during the second day he showed his character, and won the title by a strong effort in the last event – the 1500 meters. In that same competition, in the unnoticed eighteenth place, the young British athlete, Daley Thompson, looked forward to fight among the best in the upcoming years.

Only four years later, at the Moscow Olympics, Daley Thompson managed to win the gold medal. Moscow 1980 Olympics unfortunately were boycotted by the Western countries, such as the U.S. and West Germany. Participation in the competition was forfeited by the new world record holder from West Germany, Guido Kratschmer, as well as the American, Bob Coffman, winner of the Pan American Games. Even though, Daley Thompson did not have the best competitors alongside, he managed to prove himself four years later in the 1984 Los Angeles Olympics.

It had been 52 years since the Olympics were held on the American grounds. Due to the political tensions, the roles were switched, and the Eastern Bloc countries chose not to participate. The Los Angeles Olympic title as well as the new decathlon world record was taken by the British decathlete, Daley Thompson.

The decade of the 1980s for the Americans was the worst decade in their decathlon history. For that reason, VISA (Visa International Service Association) decided to invest in American decathlon. Their efforts paid off. Two famous names, Dan O'Brien and Dave Johnson, emerged, who both made considerable duels and their names appeared on the top lists of the world's decathlon. However, before the 1992 Olympics in Barcelona, at the U.S. Olympic trials O’Brien no-heighted in the pole vault and broke the aspiring duo dream for the medals at the Olympics. Dave Johnson went to Barcelona and took bronze, while the Czechoslovakian decathlete, Robert Změlík, without much trouble, won the “greatest athlete in the world” title. However, not long after the Olympics, in the same year, O'Brien decided to take the world record in his own hands and raised the bar to 8891 points at the famous “Decastar” competition in Talence, France.

Not so long after, in 2001, another Czech decathlete, Roman Šebrle, finally broke the magical 9000 point barrier. Šebrle, with the score of 9026 points, entered the history as the first decathlete over nine thousand points at the popular Gotzis combined-event competition in Austria.

We have reached the 21st century where we are today. Roman Šebrle enjoyed his status as the world record holder for 11 years until the unbelievably talented American, Ashton Eaton in 2012 once again took it back to the U.S. by scoring 9039 points at the U.S. Olympic trials in Eugene, Oregon. Ashton managed to break his own world record again in 2015 at the Word Championships in Beijing, improving it to 9045 points.

After Ashton’s retirement, many wondered how long it will take to find another equally talented hard worker. No one quite appeared on the horizon that would be able to challenge the world record any time soon. Until, the Frenchman, Kevin Mayer, subtly climbed up his decathlon point latter, and at the “Decastar” meeting in Talence on September 2018 shocked the world of track and field by shattering Ashton’s record with a total of 9126 points. The decathlon world record has settled back on the European grounds.

Kevin Mayer: your current, modern day knight to challenge in the discipline we all respect and seek to learn - decathlon.

Decathlon has passed through long history of trials and challenges. It has become an integral part of the Olympic Games, as well as the other major championships. Along the way it has picked up some of the noblest human values, such as inspiration, comradery and perseverance. It has served as the ultimate test of versatility in the history of Olympic sports, as well as it continues to spark passion and inspiration among the new generations.

One thing is certain, just like in the ancient times, when the pentathlon was defended as the most versatile event, nowadays it has doubled. Today, we have no time for knights to show their skills to their kings, today is a modern age, yet these knightly ideals in the decathletes live abundantly.

Only decathletes know what it truly means to pursue ten disciplines and try to be really good at all of them. The euphoria after the finish line when we have managed the two-day battle with ourselves, with our psyche, our body and soul, is an indescribable rush of joy.

Who will dare to become the next modern day knights? 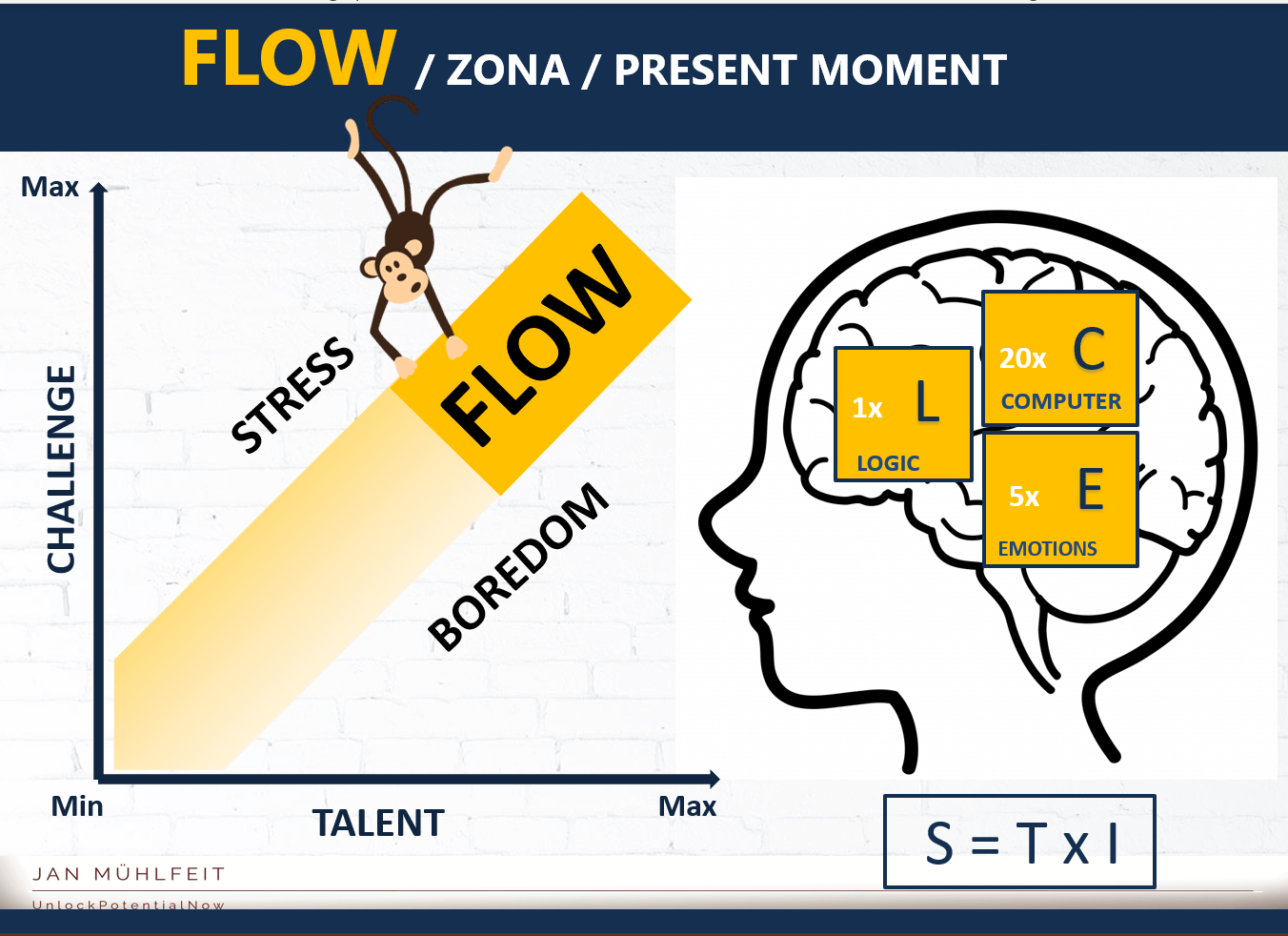 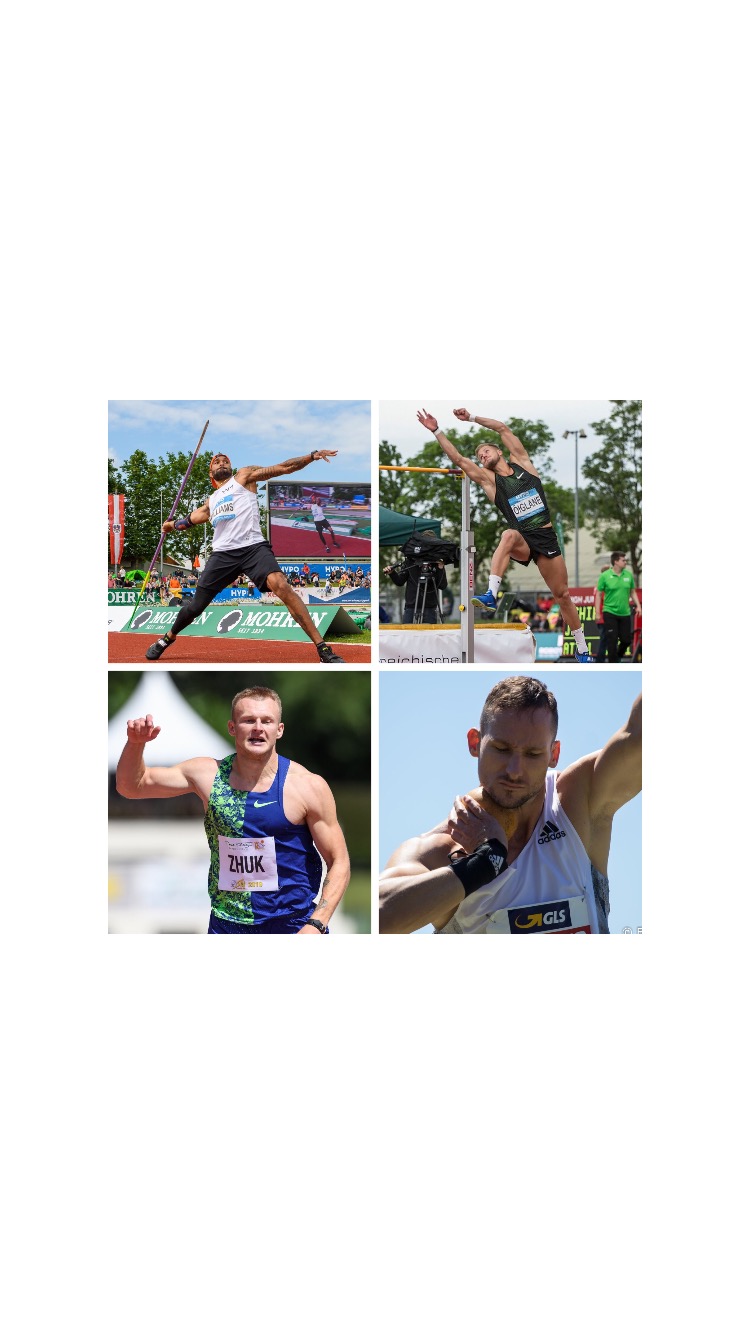