Distractions and Coping Strategies During the Decathlon

The Value of “Ask and Listen”

A friend told me once, “If you truly want to learn about someone, don’t study the molecules of hair on the person’s forearm in hopes of finding out “who” that person really is, and “how” he/she operates. Just ask and listen to that person.”

This is precisely what Dr. Gregory Dale did in his seven elite decathlete study in 2000. He asked, listened and collected. And I think it’s incredibly practical in the world of combined-events. Dr. Dale used a method of phenomenological interviewing on seven 8000+ point decathletes, some of the guys in the Top 10 in the world at the time of the study.

* “The phenomenological interview is a meeting with a phenomenon that is being lived by “a” person who determines the characteristics of the phenomenon. It is not the researcher who determines it beforehand. Rather, it is the person who is allowed to bring forth this phenomenon from their consciousness and give it expression (Oiler, 1982).”

After being asked about their various experiences during their most memorable decathlons, the subjects shared in detail their experiences and described sensations and memories. These were long, 2-3 hours individual conversations with each subject rather than simple Q/A sessions. Then all the answers from all seven participants were collected and categorized. Phenomenological interviewing belongs to the qualitative research category that simply asks the interviewee open-ended questions while not expecting any specific answers.

After collecting the responses from each decathlete, two major themes emerged:

Then Dr. Dale categorized the responses and tried to find an answer to the question, “What were the most common distractions and coping mechanisms in the most memorable decathlon competitions among the study subjects?” In other words - what were the most common mental barriers during the decathlon competitions, how could these struggles be overcome, and what benefit was gained by overcoming these struggles?

What can be learned from the results?

These two themes were not set beforehand. They emerged organically due to the similarities in responses from all seven participants. Distractions were factors that made the athletes lose focus from the competition and coping mechanisms were the athletes’ attempts to overcome those distractions. It was also important that the athletes chose to talk about their most memorable performance, not just a random one. It assured that there were a lot of emotions involved in sharing their experiences. If you’ve done a decathlon, the participants’ responses will sound familiar to you (in the parentheses are the actual words and phrases the study subjects used).

- A bad event (“kept slipping in the shot put ring”; “arm felt heavy in javelin”; “hit too many hurdles”.)

- Pain (“broken foot from the beginning”; “tight hamstring during the 400m”, “sore knee after hurdles”.)

- Fear (“fear of not making a mark”; fear of letting down coach”; “afraid of not being able to finish”.)

- Other competitors (“knew a competitor was going to run fast”; “worried about another’s past performances”, “counting points of others”.)

- The 1500m - yes, it had its own category! (“thinking about it from the first event”; “worried about the pain”; “always looming in the background”)

- Imaging/visualization (“moving the pain to the side”; “seeing a good performance”; “feeling a strong follow-through”.)

- Being aware of keys (“keeping thoughts simple”; “keyed in on one thing”; “reminder to let it fly”)

- Competing only against self (“comparing to personal performances”; “ignoring results on scoreboard”; “keeping eyes straight ahead”.)

- Camaraderie (“good distraction”; “felt comfortable around others”; “joked around and stayed loose”; “felt good to be part of a team”.)

The most memorable performance isn’t necessarily the all-time personal best competition (while it certainly can be), rather it’s the one in which you had to struggle the most but you were able to cope with the distractions and conquer the competition. It reminds us of the importance of the efforts themselves to overcome the challenges. Those are the emotions we will remember long after our careers are over.

Seeing the distractions of 8000+ scoring decathletes, it makes you realize that no one is a robot. We all have limitations, fears, pain, mental weakness… and every one of us competing in the multi-events is going through those experiences to some degree. Knowing, remembering and naming this is empowering to decathletes. All of a sudden, the pain is less intense, the fear is less scary, the 1500m “looming in the background” becomes a thing that we need to conquer together to get the job done... That opens up space for clarity and focus when it’s needed to concentrate on the competition.

The really good news is that we can train those coping skills by:

- by developing “the most important key box” and rehearsing those keys in training when prepping for the competitions;

- by meditating and reminding yourself daily that you are working hard not to win others but to improve your own skills;

- by staying disciplined daily in all areas: training routines, food, sleep, regeneration, mental exercises… so that you can have confidence in your own work ethic when you have doubts whether your pole vault run-up is right, or whether your body is chronically inflamed from the foods you have been eating;

- also by living life outside of sport and enjoying the camaraderie with the other athletes you train with to learn how to relate with other competitors when the time comes. It’s all for your own good…

The Answer Is: Courage

It’s easy to think, “Give me decathlon. Now I know what to do! I can do it.” It’s much harder to actually face the described distractions that contain all sorts of fears, doubts, pain, negativity, lack of movement control, bruises, fatigue, annoyment, inexperienced referees or bad winds. No decathlete gets a waiver from these hardships. Chaos is guaranteed. And it comes regardless of whether you expect it or not. However, knowing something is not enough. In the decathlon putting knowledge into action takes courage. Therefore, courage is the secret ingredient of the proper response to distractions during any worthwhile decathlon competition.

Every experienced decathlete knows the gut-wrenching feeling when you are in the peak shape of the season and you have scratched the first two attempts, be it the long jump, shot put or the discus… You know you’ve done it a thousand times before and you can do it this time as well. But there is that annoying voice in your head, “Should I play it safe and do a stand throw/take two feet back in my approach? Or should I risk it?” “Whoo… white flag!”

What if it is the red flag? Then there is that voice, “It’s over. Go home. Drop it. At least you won’t have to run the 1500m.” How would you respond to that voice?

Or think of more subtle examples, like losing 60 cm in the shot put from your season-best or starting the decathlon with a 0.3 slower 100m time than in the previous decathlon. Does one event define the result of the whole decathlon? It takes courage to accept a hiccup in the decathlon and not let that define the whole performance.

It typically doesn’t get easier over time. We are constantly finding ourselves between the response of complacency and courage. Courage is something you and I must show on the battlegrounds of the decathlon each time. So, if you see me making complacent decisions during the decathlon, please stop by and remind me of this. 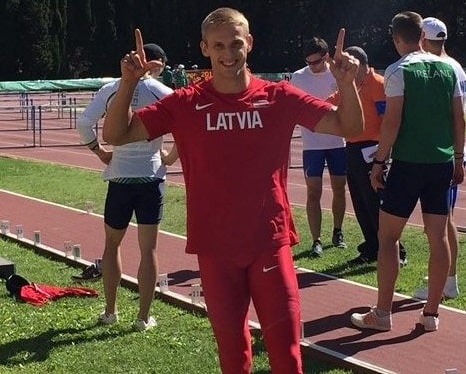 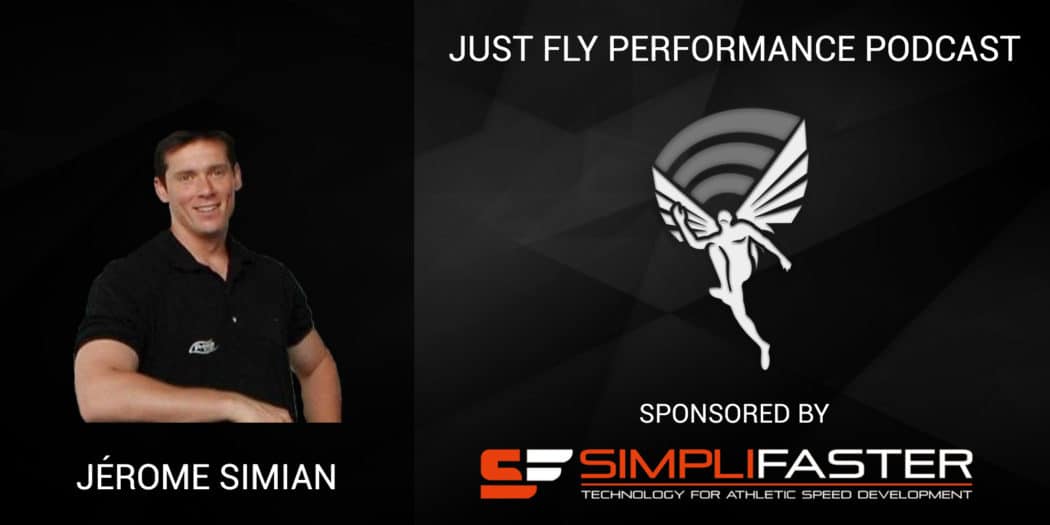