If you thought that the hugely enjoyable Europe v USA “The Match” taking place in Minsk this week was the biggest rivalry in the athletics calendar this September, then you would be wrong. “The Match” was simply a warm-up for the real match this coming weekend – the 26th edition of the legendary Thorpe Cup between Germany and USA.

From Knoxville in 2018 to Bernhausen in 2019, the Thorpe Cup contest has crossed the Atlantic once again and takes place on the 14th and 15th of September at the Fleinsbach Stadium. The annual competition between the combined event superpowers has taken place in some form since 1993, and it showcases each country’s astonishing depth in decathlon and heptathlon.  The home of Hingsen, Behmer, Braun and Kratschmer versus the land of Joyner Kersee, Clay, Fountain and Eaton. The competition was, of course, named for the legend of decathlon Jim Thorpe.  Few other countries could fill their World Championships teams and still have room left over to field 14 athletes with decathlon and heptathlon lifetime bests mostly over 7500 and 5500 respectively.

It is Germany’s turn to host this year’s competition, and the German squad is like a rerun of this year’s Ratingen Mehrkampf-Meeting, including Fynn Zenker, Jannis Wolff, Felix Hepperle, Felix Wolter and Tom-Lucas Greiner who filled the 5 places from 5th to 9th behind the winner, Kai Kazmirek.  They are joined by the 2019 German decathlon champion Florian Obst, and the youngest decathlete in the field, 19-year-old Andreas Bechmann. Bechmann has been seeking to join the 8000 club since he streaked past 6000 points at the German indoor championships in Halle in January to lead the world indoor rankings and finished 5th in the European Indoors in Glasgow.  Likewise, the heptathlon team is rich with the performers from Ratingen, led by 4th and 5th placed Anna Maiwald and Mareike Arndt, Annalena Obermaier, Laura Voss, Mareike Roesing, Caroline Klein and, fresh from her top ten place at the European Under 23 Championships in Gävle, Vanessa Grimm.

The stadium in Bernhausen is the site of two of the great decathlon world records from the 1980s, 8825 by Jurgen Hingsen and 8667 by Guido Kratschmer. None of the competitors were born when those records were set, but Steven Bastien of Team USA was one of the privileged few to participate in the 2018 Decastar in Talence when the decathlon world record returned from USA to Europe. Bastien was 4th at the US Championships in Des Moines this year and pretty much everyone who is anyone from this year’s NCAA and US Champs is arriving on a flight to Stuttgart this week. Gabe Moore placed 3rd at the NCAA champs behind the 2019 world number five Johannes Erm, and Harrison Williams who is headed to Doha. Charlie Card-Childers finished 12th and 10th at the NCAAs and US Champs respectively and is joined by 5 of the top 12 from the national competition Scott Filip, Jack Flood, Chris Helwick and Mitch Modin.

But it is not only the men’s team that has decathletes among its ranks, as the women’s team includes Jordan Gray, who set a national decathlon record of 7921 in in California in May. NCAA 3rd and 4th placers Michelle Atherley and Hope Bender are in the team, along with Emilyn Dearman, Lindsay Schwartz, Kendall Gustafson and Alissa Brooks-Johnson

On paper, the US team looks stronger across the board. But the German team is fresher, with considerably fewer competitions throughout this long season. Across both teams, many of the athletes have had a year in which they’ve made substantial improvements, setting new marks in multiple individual events and in their overall decathlon and heptathlon scores.

In the heptathlon, the US team is stronger in the hurdles, 200m and 800m, with the standout performer Michelle Atherley who has been under 13s this year over 100m hurdles. The field is more evenly matched in the long jump and the high jump, as Kendal Gustafson and Laura Voss are both capable of 1.80 in the latter. Jordan Gray and Mareike Arndt are the big throwers in the shot, and as the javelins fly just a mile or so from the runway at Stuttgart airport, the competition between the nations should be very close around the 40-45m mark.

In the decathlon, we might expect the US men to dominate in the sprints, hurdles and LJ, with more men edging towards 10.5, dipping under 48s and 15s, and capable of jumping over 7.60. But Florian Obst’s 15m shot will be something to be reckoned with. The stars in the high jump will likely be Charlie Card-Childers and Jack Flood, both with bests 2.10 and above.  We might expect Obst and Gabe Moore to slug it out in the discus, and Jannis Wolff to take on Card-Childers in the javelin, and Chris Helwick – the most experienced competitor in the field at 34 - who has been over 70m in his day. But the Germans have the big vaulters. Felix Hepperle has a PB of 5.30 and Andreas Bechmann equalled his 5.20 PB during the indoor season in Scotland.

But, like the decathlon itself, this competition is not about single events. It’s about the overall portfolio of performances.  And this year there’s a twist. The field will be joined in some of the events by the 2019 German World Championships decathlon team as they make their final preparations for Doha. So will Kai Kazmirek, Niklas Kaul and Tim Nowak provide inspiration for their teammates or a target for their great American rivals?

Both Kazmirek and Nowak have competed in the Thorpe Cup previously, as have others heading to the World Championships - Carolin Schäfer, Annie Kunz, Erica Bougard, Solomon Simmons and Harrison Williams. Names like Pappas, Freimuth, Behrenbruch, Abele, Day Monroe, Nwaba and Rath litter the results of years gone by.

If there was any doubt about the importance of team events in nurturing and providing inspiration for the combined event stars of the future – and there is doubt, given the demise of the European Combined Events Cup – then the Thorpe Cup provides a shining example of the benefit of experience at a level below the continental and global championships.  Let the real match begin! 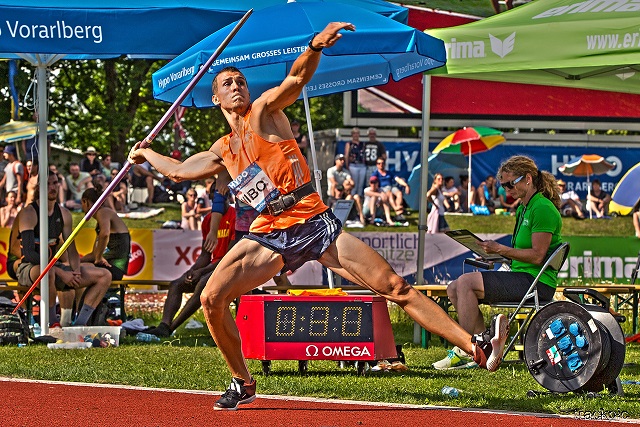 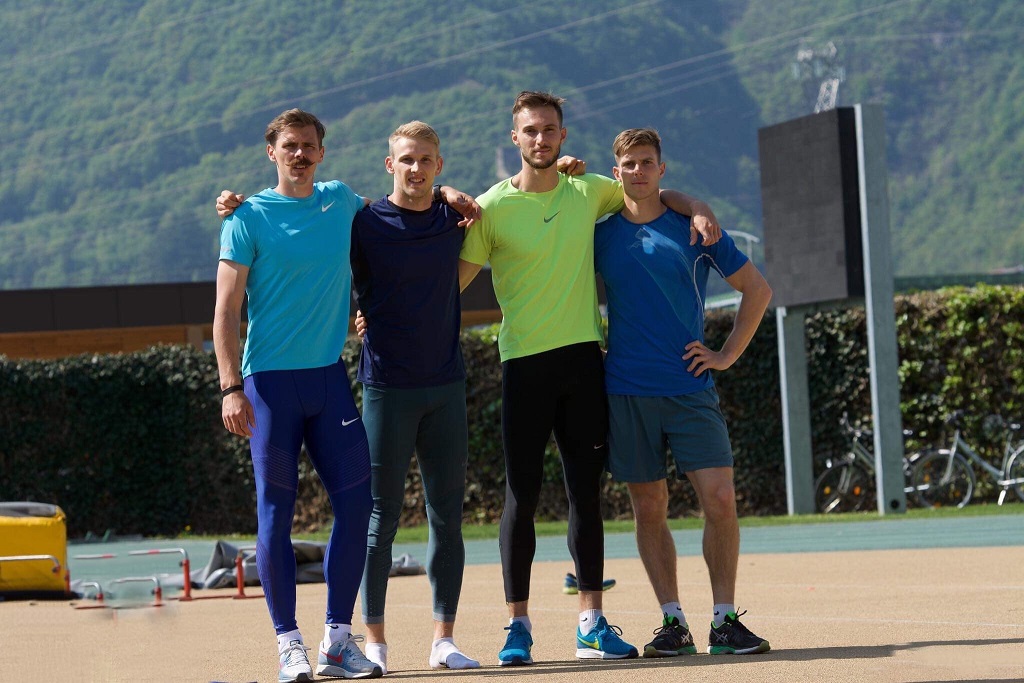