The first Olympic decathlon champion. If we think about it, we assume that there can only be one. But there's one exception. If you look back into history and the results of the 1912 Stockholm Olympics, you will see two names as Olympic champions in the decathlon. “How is that possible?” you might ask.

Almost everyone who follows the decathlon knows who Jim Thorpe is. I assume that at least once some of you have heard the magical sentence that King Gustav V of Sweden said to Jim after he won the 1912 Olympics, "You, sir, are the world's greatest athlete". This title has lived through times, and even nowadays is used to describe the Olympic champion in the decathlon. So if Jim Thorpe won, how can there be another winner? It’s a rare occasion to score the same amount of points in the decathlon. That’s not it.

The answer is simple. For 70 long years, Jim had lost his gold medal. A multi-talented sportsman, Thorpe played baseball for the Rocky Mount club in North Carolina in 1909 and 1910, receiving small payments for each appearance he made. When a report appeared in the Worcester Telegram and Gazette stating as much, it was deemed that Thorpe had violated the rules regarding amateurism, and at the start of 1913, he was stripped of his Olympic title. This moved everyone else up in the rankings.

Since Thorpe was disqualified for not being an amateur, Karl Hugo Wieslander was declared the winner of the 1912 Olympics and awarded the gold medal, which he refused to accept. For many years Wieslander was uncomfortable with keeping the 1912 gold medal and contemplated returning it to Thorpe. He finally reconsidered, and in 1951 donated it to the sports museum at the Swedish School of Sport and Health Sciences. In 1954 it was stolen from there and never recovered.

In 1982, the IOC was convinced that the disqualification had been improper, as no protest against Thorpe's eligibility had been brought within the required 30 days, and on 18 January 1983, some 30 years after Thorpe’s death, the International Olympic Committee officially reinstated Thorpe’s medals from the 1912 Games at an emotional ceremony attended by two of his children. That made Thorpe and Wieslander co-champions.


Here is a little story about Jim Thorpe, the first Native American to win Olympic gold for the United States. It shows the kind of legacy the modern-day-decathletes are building upon. 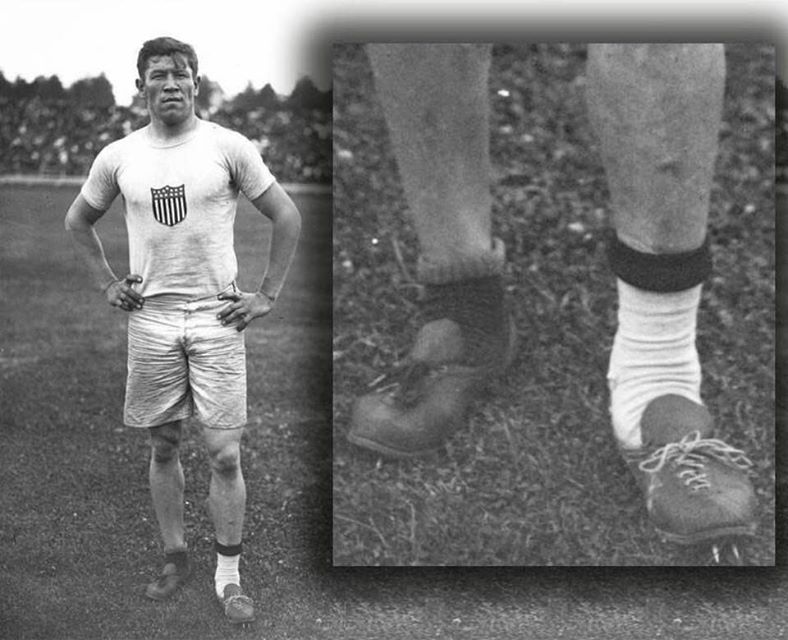 "This is Jim Thorpe. Look closely at the photo, you can see that he's wearing different socks and shoes. This wasn't a fashion statement. It was the 1912 Olympics, and Jim, an American Indian from Oklahoma represented the U.S. in track and field. On the morning of his competitions, his shoes were stolen. Luckily, Jim ended up finding two shoes in a garbage can. That's the pair that he's wearing in the photo. But one of the shoes was too big, so he had to wear an extra sock. Wearing these shoes, Jim won two gold medals that day.

This is a perfect reminder that you don't have to resign to the excuses that have held you back. So what if life hasn't been fair? What are you going to do about it today? Whatever you woke up with this morning; stolen shoes, ill health, failed relationships, don't let it stop you from running your race. You can experience more in life if you'll get over the excuses and get on with living. You can have reasons or you can have results and you can't have both."

Amateur track and field athlete. Journalism studies at the University of Latvia. 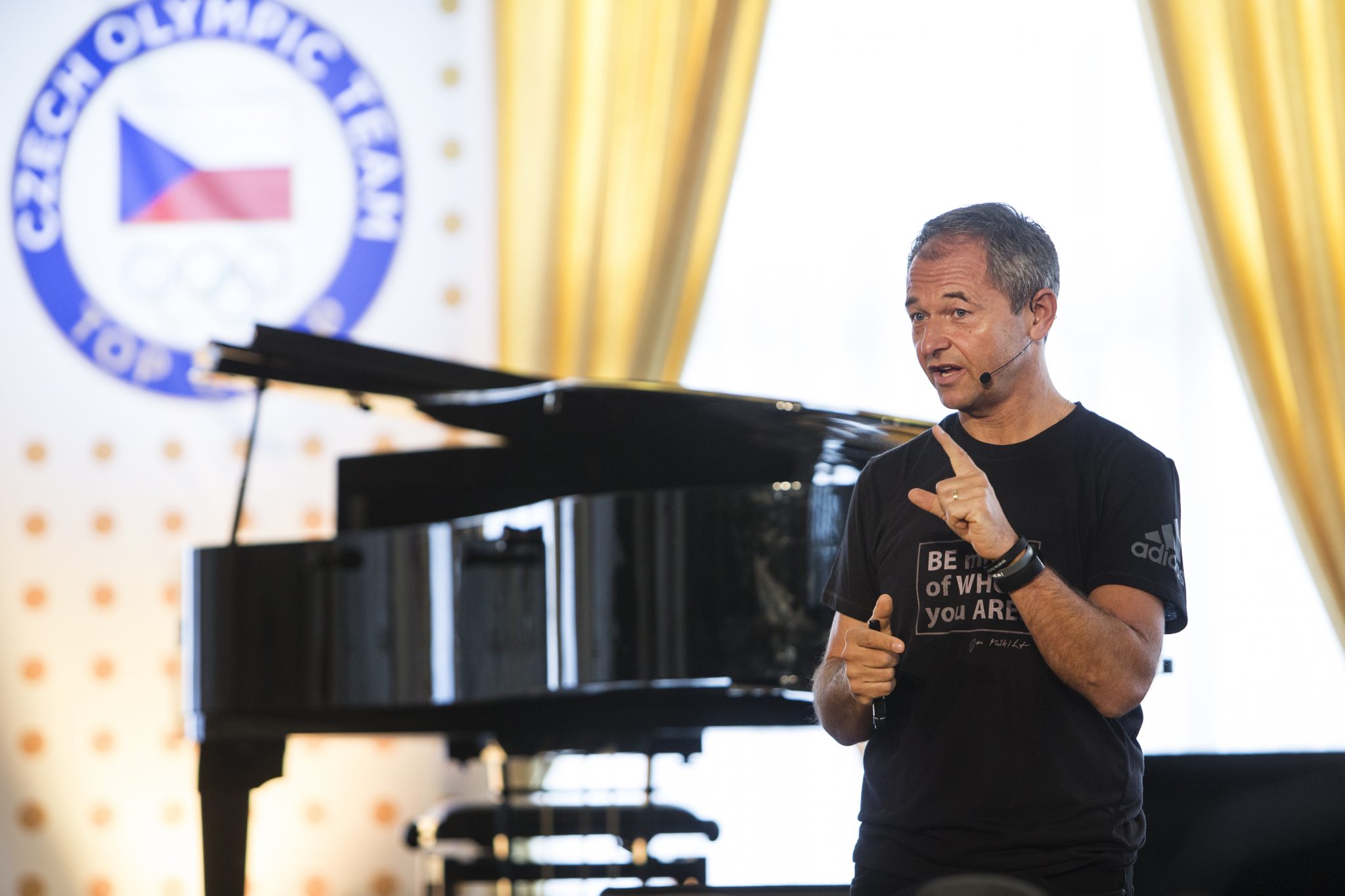 Man never loses. He only loses when he gives up, says Jan Mühlfeit