The night before the 2013 European U23 Championships in Tampere I received a call from Prague. My friend on the phone told me plainly that my best friend, Sergey had died. In that moment I felt the whole world crumbling under my feet. The whole night I laid in my bed and stared at the ceiling. I decided that this competition would be devoted to Sergey.

The next two days I went out there to do my best in honor of my best friend. My body felt totally out of tonus, my legs were shaking at times and my mind was occupied with thoughts nowhere close to athletics.

That was how I got my first medal at a major championship, as well as a new personal best of 8252 points in the decathlon. I was 21 years old back then.

I was born into a poor but caring family. The first years of my life, we lived in the countryside of Czech Republic in a small cottage. We were surrounded by beautiful nature – forest on one side of our little wooden cottage, and open fields on the other.

My parents were not able to afford much. For Christmas I would get one gift. They would always find a way to get me a “Bburago” car.

I am from a sports family so it was natural for me to choose to do a sport. My father did some boxing and was a Czech champion in fire sport when I was growing up. As a child, my first sport, when I was six years old, was judo. Later I also played football, basketball and handball. Of all the sports I tried I liked football the least. I didn’t enjoy the atmosphere of football because of the rude kids and vicious parents I saw in every practice. I needed to find an individual sport.

Then I saw famous Czech decathletes like Robert Zmelik and later also the world record holders, Tomas Dvorak and Roman Sebrle, on the TV.. My father enjoyed following their performances.

I was exposed to athletics at a very young age. Coaches saw much talent in me and allowed me to compete with older kids in some disciplines. It was a lot of fun. I got used to winning and I thought of myself highly.

My uncle was a former Czech 400m national record holder and at the time had taken on some coaching. Seeing my arrogant attitude as a 9-year-old who beat 12 and 13-year-olds in the hurdles and long jump, he decided that I need to learn a lesson. He put me to compete with the youth category, 16-17-year-olds. My ego was crushed into small pieces. He wanted me to learn how to lose. My father was worried that I would quit but I accepted the lesson and kept training harder.

I started training athletics more consistently from the 6th grade when I was put in an athletics specialized class where all of my classmates were athletes as well. The environment was very competitive.

I went through a typical Czech training model. Coaches taught me the basics of the main disciplines of athletics.

In my teenage years I knew, if I wanted to be a successful decathlete like the Czech legends, I would need to move to Prague.

In September 2008 I came to Prague to train under Tomas Dvorak, who just had finished his competitive career and had become a decathlon coach. I was 17 years old and was honored to work with such a phenomenal decathlete.

There I learned the most things about the decathlon that I still use. Tomas was a very good coach at the time. My point of view is that he was, arguably, one of the best decathlon coaches in the world. After he took the position as the head coach of the Czech athletics federation, he did not have as much time for his athletes anymore. He would start coming late to trainings and often not even write us any training plans. Something had changed. Our coach was nervous and not focused on our development.

I remember trainings when I was preparing for the European Championships in Helsinki 2012. I would be training by myself or my coach would come late because he was busy with his head coach duties. I remember a practice when Roman Sebrle came up to me and asked where my coach was. He asked how come I was fighting for a place on the Olympic team without my coach being there to help me. I was fighting for the spot on the team to the London Olympics in 2012 against Roman since we both had made the “B” entry standard. We both went to Helsinki. Roman got 6thplace while I was 8th. Only one “B” standard guy could go to London. The Czech federation obviously would choose the decathlete with the best score. Roman had gathered around 30 points more than me. Everything fair and square but Roman was suffering from a calf injury only a few weeks prior to the Olympics. Everyone knew it, the federation knew it too. My coach, Tomas Dvorak, sent Roman to his last Olympics where he ran the 100m and then pulled out of competition. I was a frustrated 21-year old. As Daley Thompson put it, I acted like a true decathlete. I cried for only 10 days…

A month after the Olympics I scored a PB in the “Decastar” Talence meeting but decided that the training group would no longer be good for me long-term. Truthfully, I was the only decathlete to survive from this group because coach’s training philosophy didn’t have space for injuries.

After that I entered another famous coach’s group. The following two years trainings were extremely challenging for me. The new coach had a serious addiction that affected athletes in the group. Although, it wasn’t helping me as an athlete, I learned many valuable life lessons from the tough situation I was in. These two years I couldn’t concentrate properly on athletics which was unfortunate, however, I had a chance to observe and learn life from a different angle.

At that point, it was time to move on again. The situation wasn’t helping anyone. My training partner Marek and I decided that we must continue in another sports club. We chose the sports club “Olymp” where a new coach, Josef Karas, had emerged. “Olymp” gave me everything I needed and the new coach seemed to be promising.

Also I felt that I needed a new impulse in life to keep pushing forward. I talked to my new coach and we decided that pursuing a bachelor would be a good addition to my daily routine. I started the Metropolitan University’s humanity studies with focus on modern history and politics. It was challenging to say the least. The university had taken a step forward and gave me an individualized plan where my schedule was more flexible, and I could afford to continue training full time and go to training camps.

I was exhausted – mentally. I learned that exhaustion had nothing to do with professional sport. Often, after hard trainings when everyone was regenerating, I was working on school papers. Sometimes, late at night. For example, at the training camp in South Africa, I had to read and work with a 600-page book on Yugoslavia’s history during the WWII and it was just one of seven subjects.

During the Rio Olympic year I had decided to take a year off to focus on training. These were some of my most challenging years that stretched my brain in many ways.

However, I was glad that I learned so much during the school years… It was an invaluable experience.

The last year of school was the hardest. My daughter Evelin was born. Naturally, I was worried if I would be able to manage school, professional sports and a family at the same time. I wanted to be good at all these aspects of my life. My fiancé, Denisa, is a European Champion in the 400m and she understood like no one else the importance of quality rest for a professional athlete like me. Denisa and Evelin have shifted my mental approach to life. Now I no longer train just for myself but also for my family. It has taught me responsibility like nothing else in life, and it is one of the best things that has ever happened to me.

This is my struggle filled journey of decathlon. I have accepted what these life lessons (good and bad) have taught me and that they will continue building me into a better decathlete and hopefully, a better person. Now, soon I will be entering the final stretch of the road to the Tokyo 2020 Olympics. With new lessons and motivation – charging forward. 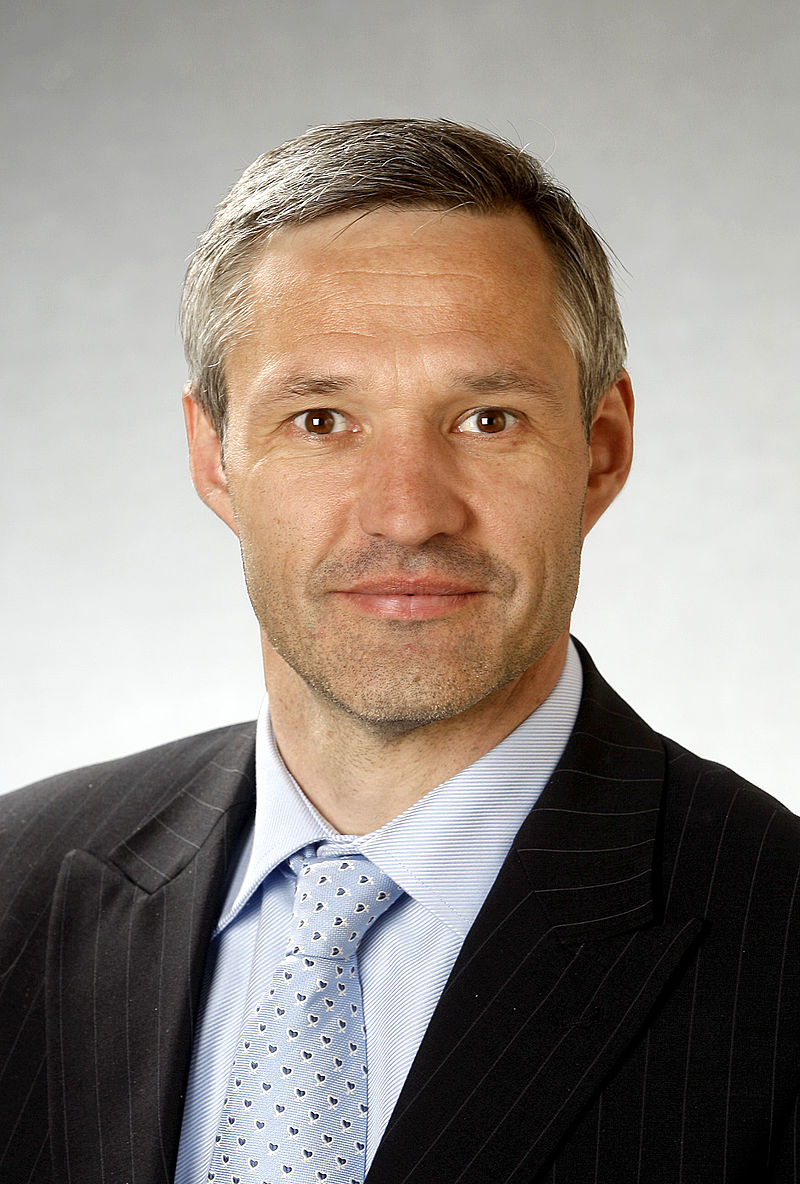