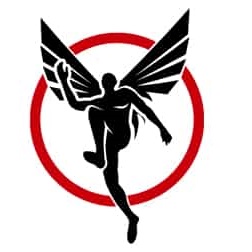 Joel Smith is a NCAA Division I Strength Coach working in the PAC12 conference. A track coach of 11 years, Joel is also a coach for the Diablo Valley Track and Field Club, and also has 6 years of experience coaching sprints, jumps, hurdles, pole vault and multi-events on the collegiate level.

Joel has coached 2 national champions, multiple All-Americans and school record holders in his time as a track coach. In the realm of strength and conditioning, his programs have assisted 5 athletes to Olympic berths that produced 9 medals and a world record performance at Rio in 2016.

In 2011, Joel began Just Fly Sports with Jake Clark as a central platform to promote information for athletes and coaches to reach their highest potential. In 2016 the first episode of the “Just Fly Performance Podcast” was released, now a leading source of education in the sports performance field.

Prior to working in the PAC12 conference, Joel spent 6 years in the realms of coaching, college lecturing, personal training, and thesis research. Joel’s certifications include Neurological and Physical Typing from BATI, CSCS, MAT Jumpstart, and NKT level 1, as well as USA Track and Field credentials. Joel is also well-versed in the Be-Activated protocols as taught by Douglas Heel, and has been extensively mentored by sprint and sport movement coach Adarian Barr.