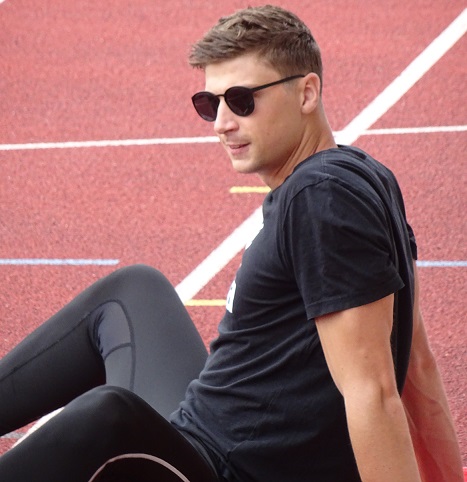 Watching Trey Hardee winning his first world championship title in 2009 was the moment I decided to become a decathlete. Back then I was 17-years old, so I guess anything could impress a teenager who is new to track & field. I remember the blue track, floodlights, emotions, tension and sweat. I remember standing in front of my TV and explaining my parents the disciplines and scoreboards. In the end Trey won and earned hugs from the legendary Roman Sebrle and the yet unknown 19-year old Ashton Eaton. That night these guys were the best sportsman in the world. And I decided to compete one day amongst them. Who knew it would be so frickin difficult to get there?

I scored a PB of 7430p., competed in 32 multi-events and won 13 national titles. I am very proud of my achievements, but I decided last year to pursue areas, that suit more my talents. I studied Sports and Exercise Science in Vienna (where I met my girlfriend Anna) and Sport Management at Loughborough University. Currently I live in Salzburg and work for an organisation that supports athletes dual career development. I think I found my credo although decathlon is still anchored to my heart.